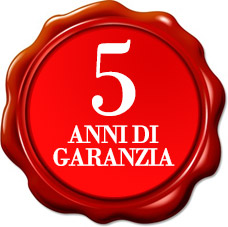 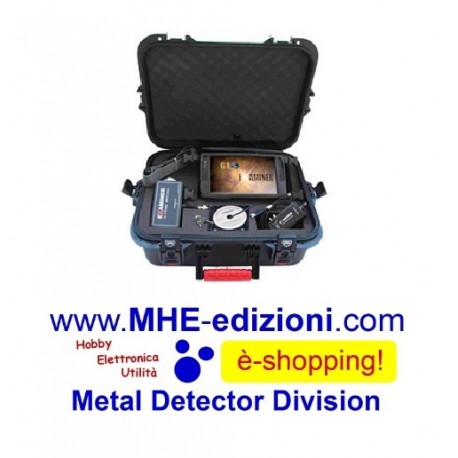 Where others see a computer, the user has an advanced real time imaging ground radar in disguise !

GEO EXAMINER has 3 integrated systems for the price of one:

• Geophysical locator- for large metal detection and void location with graphical separation of metal targets from voids and other geological features. Uses ground transmitting and receiving probes for data collection. The geophysical system comes in 4 probe as standard or 22 probe as optional.

Scan the target with all 3 systems & compare the images, to ensure a reliable result

The Examiner images unlike other equipment are not pre-programmed on the software.

Underground images in real time: No time lost to scan the area and then send data to a computer to see what you found.

When walking around with the magnetometer, the metal detector or while moving the probes GEO EXAMINER shows the underground image immediately. Professional users can also use filters to reveal the images manually adjusting the target strength from the background

Choose the target view you want before or while you investigate: 2D or 3D.

GRID: Τhe basic graph - grid blocks are colored according the data variations, has a target depth calculator and co-ordinate indication, this way you see exactly where the target is and you can pinpoint it again at your next visit.

2D : High-resolution graph - that smoothes out the targets shapes outlining their properties, colorful and detailed.

3D : The highest resolution ever rotatable graph - select the area part you want, or just click on 3D to see the whole 3D view of underground that is automatically rotatable to investigate target shapes from any viewing angle, from 0 to 360 degrees.

New "replay" function assures that no target is left behind: A stored image at the GEO EXAMINER hard disk, can be imported back anytime and be viewed using the "replay" function. The user can relax at the comfort of his home and select the "replay" to see the survey step by step again on the EXAMINER screen, the EXAMINER imitates the exact steps, sweep direction and data view of the original survey. The "replay" is a unique EXAMINER feature.

The screen goes blank and just like a puzzle the image reappears. This is not only a "movie" of the original data capture.

Use the "replay" and compare scans from different sweep directions and EXAMINER modes on the same site, to validate your target. Often small but valuable targets lying near big ones are masked and are not visible.

The "replay" guarantees that a weak response of either a small or a very deep target will be clearly viewable, then as the "replay" continues and the big target is encountered the small one will fade. It is up to you to investigate again at the suspected target area, leave the big target out of your new survey by selecting another sweep direction and then compare the images. GEO EXAMINER makes the full target image analysis and target depth calculation immediately on the field. No need to transfer the data file to a laptop to see higher resolution images ! you do not pay additional money for extra software just for indicating depth.

( option for external battery for up to 15 hours )

Other optional antenna systems are under development!

- Automatic Mode: Recording and Readings are captured automatically at intervals selectable from 1/sec to 100/sec

GEO EXAMINER analyses digital the signal from pairs of transmitting and receiving probes continuously. Working with probes is like “X-raying”, the soil between the probes is scanned by the induced signal completely, and all structures laying in become visible.

The EXAMINER probe signal is ELECTRICAL and it has a direct connection to the ground through the probes, the ELECTRICAL signal travels through minerals and wet ground without loosing its penetration ability.

Ground radars ( GPR ) and VLF systems use ELECTROMAGNETIC signal, the ELECTROMAGNETIC waves are transmitted aerial towards the ground, minerals and wet ground often absorb them and the depth is reduced significantly. The EXAMINER ELECTRICAL signal encounters ground resistance and takes the path of least resistance to travel from transmitters to receivers.

Precious metals in the ground due to their conductivity create LOW electrical resistance and attract the EXAMINER signal.

At the opposite a voids due to the air trapped inside creates HIGH electrical resistance.

Therefore voids, caves have a high Soil Data profile while metals indicate low. Conventional instruments on the market use only one transmitter and receiver, but the EXAMINER is on a league of its own! Its twin transmitter / receiver will push the signal at even greater depths than single ones, also detects small changes in ground geology, the result is accuracy, better depth, more resolution from underground.

The EXAMINER is adjustable to all ground types, canceling out errors from minerals and wet ground. Also the signal has 8 gain levels to select the suitable for every area.

Select “22 Probe” and click on “START X 10”, underground data are automatically collected and viewed, from 2 multi-cable strings of 17 meters and 11 electrodes each.

The automatic EXAMINER data collection speeds up the scan, which also will be enhanced with detailed imaging ! For 22 probe survey the “22 Probe module” is needed, along with the 2 multi cables shown.

The magnetic components of the soil «iron oxides», have been created at the time when earth was a burning magma, and have been dispersed in the soils at a varying percentage for every area. Human constructions distort the natural soil magnetism by creating stronger or weaker in strength magnetic materials.

For example a void in the ground, ferrous metals, stone foundations, walls from ceramic bricks, a ceramic vase, a pit and in general objects or constructions originated by fire or those that have been fired or burned, show a variation from the soil magnetic field.

Also the ground surface is by nature more magnetic than the subsoil, since it receives for million years rain and heat - both factors that enhance the magnetic components.

As a result every human excavation distorts the top soil magnetic components, generating a change on the local magnetic field.

The EXAMINER magnetometer antenna consists of dual magnetic field sensors, positioned in line at 80 cm apart for increased sensitivity. The survey is been carried out on normal pace with real time data capture and visualization.

The EXAMINER 3D metal detector has a very simple operation, a “SENSITIVITY” ground tuning knob to cancel the interference from minerals, a “RESET” key to adapt to the changes of the ground conditions and a “DISCRIMINATION” control that rejects trash targets. The detector head can be swept right and left, according the selected sweep direction. At every step it should be hold motionless above the new piece of ground to scan and visualize correctly. The EXAMINER 3D metal detector uses the "transmit / receive" coils technology like on all metal detecting systems, but the signal procession is been carried out on the computer software. This way the weakest signals produced by the detector coils are amplified by the computer and presented as colorful 3D graphics.

Deep targets have very low signal responses that are missed by the limited performance of the detector circuits. Targets that would be missed with an ordinary metal detector either because the signal was weak or even not heard at all, are indicated clearly by the EXAMINER. It is so sensitive, that even geological features like voids and man made structures, may be visualized at some degree.

With the discrimination control set, the metal detector produces various color tones to differentiate between the rejected and the accepted targets. The graph displays information of all metal targets, and the user can view the unwanted targets, iron, foil, in blue and precious metals (like gold for example) in red.